How To Keep Ground Beetles Out Of Your West Chester Home

While there are many pests in West Chester, Pennsylvania that you hear about often, such as ants, spiders, and rodents, there are also other less known species that can invade your property. 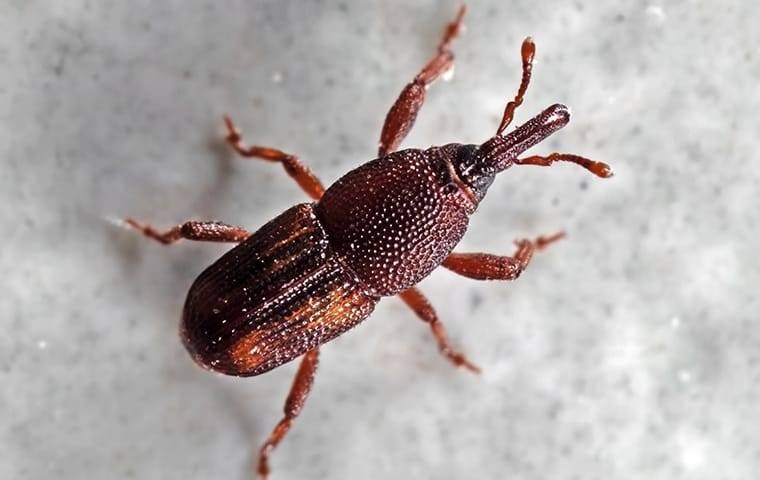 One common kind of pest to make its way inside homes is the ground beetle. These pests are part of the family Carabidae and their name comes from the fact that they live on the ground and often hide underneath things like stone and rocks during the daytime.

These beetles are usually black and have a rather flat and elongated shape to their bodies. Ground beetles range in size from 1/16 of an inch to an inch long. They do have wings, but they aren’t able to fly. While they are sometimes mistaken for cockroaches, they generally have much smaller heads in comparison to their bodies than cockroaches do.

In this guide, you’ll learn everything you need to know about ground beetles including what you can do to prevent and eradicate infestations.

There are some pests in West Chester that are dangerous, but ground beetles are considered a harmless nuisance. While they might look a bit like cockroaches, unlike roaches, they aren’t known to spread any harmful pathogens, so they won’t cause sickness in people or pets.

They also don’t bite or sting, and they aren’t known to cause any property damage. However, just because they are harmless doesn’t mean you want them around your home.

In general, ground beetles are found outdoors, and they usually live around debris that gathers in yards such as in gardens, under leaves, in logs, or under rocks. While they don’t come inside a lot, they can make their way indoors if they have an easy way to do so.

How Can You Keep Ground Beetles Out Of Your Home?

The main reason why ground beetles will enter a property is that they are attracted to light. If light brings them close to your house, they will often crawl inside through cracks or holes in the walls and foundation or through windows and doors. Because of this, you can reduce the chances of ground beetles becoming a problem by reducing outdoor lighting and sealing up entry points.

Here are a few effective tips to implement:

If you’re already dealing with ground beetles in or around your home and want to get rid of them, the most effective way to do so is with help from Masters Touch Pest Solutions. We provide ongoing residential pest control to keep ground beetles away from your home and to remove any current beetles.

To learn more about our affordable pest control plans, just give us a call today at 610-624-8614. You can even request a free estimate to get started.

We have been dealing with Masters Touch for over five years and have always found them to be forthright, pleasant and efficient. They never try to oversell you on their services and their technicians are efficient and knowledgeable. We trust them which is why we are a repeat customer.