Spiders are extremely common home invaders, but that doesn’t mean you have to put up with them living in your house. There are a lot of different types of spiders, but that doesn’t stop Masters Touch Pest Solutions. If you have a spider infestation and you’re looking for pest control in West Chester, Masters Touch Pest Solutions is here to help. A spider-free home is just a call away! 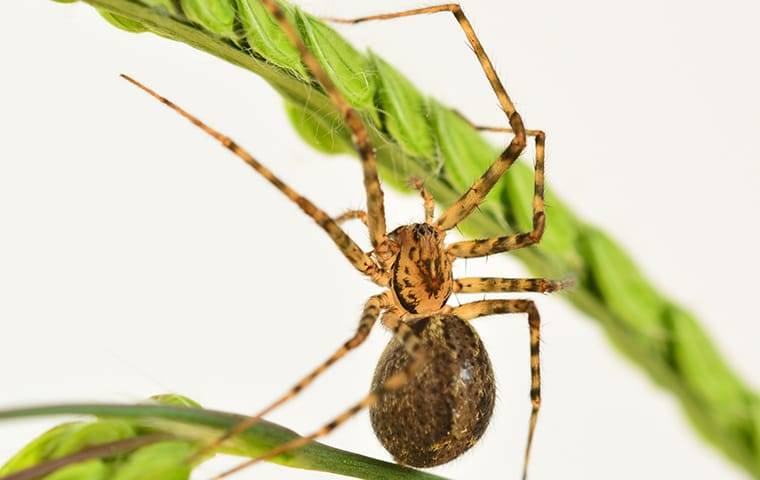 Spiders can vary widely in appearance, but a lot of those details can be hard to see without close inspection. One way you can tell different spiders apart without getting up close and personal is through their webs. Most spiders spin webs, and are often categorized by web styles. Orb weaver spiders and funnel weavers are both named after their webs. Orb weaver webs are circular, while a funnel weaver’s web is usually sheet-like with a funnel on one side. Jumping spiders don’t build webs to catch prey, so theirs are more like nests. And black widow webs are looser and messier than other species’ webs.

Spiders are typically very shy, so you’re more likely to see webs before you see a lot of spiders themselves. The good news is that although there are a lot of different types of spiders in the West Chester area, very few are venomous. Brown recluse spiders are rarely seen. They aren’t native to Pennsylvania, but are sometimes transported in accidentally. But they like to hide, so you probably won’t see any near your home. Southern black widow spiders are native to the area, but they also don’t like people. They’ll run away from you, not seek you out as prey. Because most spiders, including these venomous ones, are so afraid of people, they tend to live away from homes and other busy places.

Why You Don’t Want Spiders Hanging Around Your Home

Because venomous spiders are so rare, spiders are classified as nuisance pests. This means that they don’t actively harm humans; they just get in the way. The biggest examples of this are spider webs. They show up in corners, under counters, even stretched across hallways, just waiting for you to stick your hand in or walk through them. And, although very few spiders have venom powerful enough to harm humans, there are some that will bite. These bites, which are typically not very severe, can cause welts, soreness, and itching.

But just because most spiders don’t cause harm to you or your home doesn’t mean you want them there. One or two spiders is one thing; you can squish them, release them outside, whatever you prefer. But when it comes to an infestation, you may need more help. And that’s where Masters Touch Pest Solutions comes in.

Factors That Attract Spiders Into Your Home

One of the biggest reasons for any pest infestation is the availability of food. For spiders, this actually means other pests. So if there are a lot of flies, beetles, or other similar pests in or around your home, that might be what brought spiders in.

Having a lot of potential hiding places also attracts spiders. This usually means corners, eaves, unused steps, and other small, dark spaces that don’t get a lot of contact from people. Wood piles are also a really common hiding place for spiders, and when the wood is brought inside, the spiders come too.

Because they’re so small, spiders can come inside through tiny cracks or gaps. Doing your best to seal as many cracks in the walls as you can goes a long way in preventing pest infestations.

Unfortunately, there will always be spiders. And for the most part, they aren’t much of a problem. When you only see one at a time, it probably just came in from outside and that’s easy to take care of. But if you have a full infestation, that’s a lot harder to handle on your own. That’s why Masters Touch Pest Solutions offers spider treatment plans. Professional expertise is really the best way to get rid of spiders, since we know exactly what we’re doing. We'll inspect and treat your home so you can keep spiders out of your house.  Contact us today for a free quote and even more information on how your home can be free of spiders and their webs, as well as all other pests.

We have been dealing with Masters Touch for over five years and have always found them to be forthright, pleasant and efficient. They never try to oversell you on their services and their technicians are efficient and knowledgeable. We trust them which is why we are a repeat customer.